To share your memory on the wall of Ronald McRuiz, sign in using one of the following options:

The gesture that can change the world

Ron McRuiz was born on February 9, 1948 in Tyler, Texas to Thelma and Albert McRuiz. He graduated from John Tyler High School in 1966, Tyler Junior College in 1968 and Baylor University in 1970. Ron taught Spanish and French at Cleburne High School, University High School in Waco, Kopperl High School, Midlothian High School and was a long time substitute at Alvarado High School.

Rancho Ron sang cowboy songs and played drums with the Chisholm Trail Cowboys. He also was a member of the Western Music Award winning group, The Texas Trailhands, singing western swing songs and playing percussion. He was a founding member of the Cowtown Opry in Fort Worth, Texas.
Playing the drums and singing in the Crossroads Church praise band was a great source of joy for him.

Ron is survived by his wife of forty five years, Holly McRuiz; son, Robin March McRuiz and wife Alison, and their son Ourson Mec McRuiz. Being “Grampy” was his most recent pleasure and his greatest source of enjoyment.

He was preceded in death by his parents Thelma and Albert McRuiz.

Ron will be missed and remembered fondly by all that knew him.
Read Less

To send flowers to the family or plant a tree in memory of Ronald Eugene McRuiz, please visit our Heartfelt Sympathies Store.

Print
Private service for family at a later date

We encourage you to share your most beloved memories of Ronald here, so that the family and other loved ones can always see it. You can upload cherished photographs, or share your favorite stories, and can even comment on those shared by others.

The Petross sisters (April, Audrey, and Amy) sent flowers to the family of Ronald Eugene McRuiz.
Show you care by sending flowers

Posted Aug 11, 2019 at 05:52pm
To the McRuiz Family from Vicki Barker Quinn, Mr. McRuiz was my honors Spanish teacher at Cleburne High School back in 1972. I was a freshman and his class was first on my schedule of classes. He was a great teacher and our class had such a fun time learning Spanish. I always looked forward to his morning class. He will be missed by many. Our thoughts and prayers for his family. Dr. & Mrs. Jerome & Vicki Barker Quinn and our family. Topsail Island, NC.
Comment Share
Share via:
N

Posted Aug 09, 2019 at 09:15pm
Ron was a great guy. I enjoyed his music so much.
He will certainly be missed. Prayers for the family.
Comment Share
Share via:
TA

Posted Aug 09, 2019 at 09:21am
Dear Holly, we are sad to hear of Ron's passing. Please accept our heartfelt sympathies and know that we are thinking of you, March, and your family.

Posted Aug 08, 2019 at 08:27pm
So saddened to hear of Ron's passing. So many great memories of Spanish class in the. basement of CHS. He was one of my favorite teachers because of the way he cared and he could always make you smile.
Holly, I am not going to be able to be there on Saturday, but know my thoughts and prayers will be with you.
Nan Whitworth Underwood
Comment Share
Share via:
J

Posted Aug 08, 2019 at 03:54pm
At this sorrowful period in your life, please accept my sincerest condolences for the death of your loved one.  Reflecting on the divine promises found in the Bible will give you hope and strength to keep going until all of God's promises are fulfilled. (Romans 15:13; John 5:28, 29)
Comment Share
Share via: 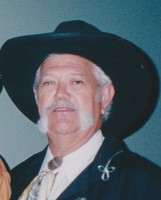