To share your memory on the wall of Michael Franklin, sign in using one of the following options:

Provide comfort for the family of Michael Franklin with a meaningful gesture of sympathy.

We encourage you to share your most beloved memories of Michael here, so that the family and other loved ones can always see it. You can upload cherished photographs, or share your favorite stories, and can even comment on those shared by others.

Posted Jul 10, 2019 at 12:28pm
My children were blessed to have had Mr Franklin as their teacher. He was an amazing teacher. My family is deeply saddened by his passing. Our condolences to all if his loved ones..He will truly be missed.
Comment Share
Share via:
DT

Posted Jul 10, 2019 at 10:04am
Sending healing thoughts and comforting hugs. I am so sorry for your loss of such a beautiful person. Much love to you David and the family of Michael. ❤️
Comment Share
Share via:
GS

Posted Jul 10, 2019 at 09:45am
Michael,
I guess God needed you to teach the angels how to vogue. I am so sorry we didn’t get together like we had planned and you will be missed dearly. Sending my condolences to your husband David and all your family. Posted Jul 08, 2019 at 11:55pm
Sue, Mom & I want to let you know how very sorry we are to hear about your beloved son Michael. Our hearts hurt for you and your Family and especially his husband David. Many thoughts & Prayers and our Deepest Sympathy. May God hold all of you in the palm of his hands. Caring Thoughts, Debbie Hesser & Shirley Wyatt
Comment Share
Share via:
CH

Posted Jul 08, 2019 at 09:30pm
Although I didn’t know Micheal personally I have a family bond. My friend Bill sr my lovely lady Ginger I feel like I have know Bobbie and Bill my whole life. So very sorry for your family loss
Comment Share
Share via: 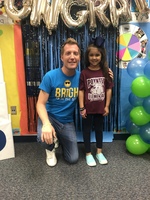