To share your memory on the wall of Frankie Hollinger, sign in using one of the following options:

Provide comfort for the family of Frankie Hollinger with a meaningful gesture of sympathy.

Print
A Memorial service for Frankie Hollinger, 90, of Cleburne will be conducted 10:00 A.M., Thursday, August 22, 2019 in the Crosier-Pearson Cleburne Chapel.


Frankie Hollinger passed away Sunday, August 11, 2019 in Cleburne. She was born February 18, 1929 in Little River Arkansas to Robert and Violet Dolly (Robbie) Dunn.
Frankie was a cosmetologist and worked at Guys and Gals Hair Salon in Cleburne for over 13 years. She previously owned the Cuttery Hair Salon in Mansfield. She loved playing dominos, bingo, dancing and needle point.

We encourage you to share your most beloved memories of Frankie here, so that the family and other loved ones can always see it. You can upload cherished photographs, or share your favorite stories, and can even comment on those shared by others.

Louise Womble purchased the The FTD Comfort Planter for the family of Frankie Hollinger. Send Flowers 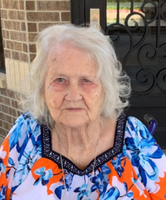 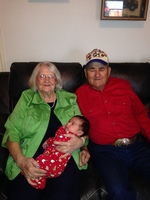 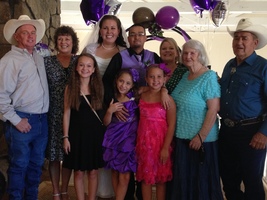