To share your memory on the wall of Donna Shipman, sign in using one of the following options:

Provide comfort for the family of Donna Shipman with a meaningful gesture of sympathy.

Print
Memorial services for Donna Lorraine Farrington Shipman, 54, of Glen Rose will be held Tuesday, August 6, 2019 in the Crosier-Pearson Cleburne Chapel. Pastor Doug Turner will officiate. Inurnment will be in George’s Creek Cemetery.

She was preceded in death by her parents and brother Mason Farrington.
Read Less

We encourage you to share your most beloved memories of Donna here, so that the family and other loved ones can always see it. You can upload cherished photographs, or share your favorite stories, and can even comment on those shared by others.

George Childress, Darla Harrington (Aaron & Cheree Childress), and others have sent flowers to the family of Donna Shipman (Farrington).
Show you care by sending flowers

The FTD Comfort Planter was purchased for the family of Donna Shipman. Send Flowers

Posted Aug 02, 2019 at 12:49pm
Please accept my most heartfelt sympathies for your loss... My thoughts are with you and your family during this difficult time.

Posted Aug 02, 2019 at 10:06am
Donna was a Beautiful Lady with an Amazing Heart. She had a smile that lit up the room. She loved her Family, as well as her Friend's, most importantly she loved "GOD ." She was always happiest when she was doing for other's, just like a true Christian Soldier. She will be truly missed by every person that she touched. She's now in a place where there's no pain or sorrow, simply Peace and Serenity. Her worries are over, unfortunately she leaves her Family and Friends in mourning. I know that you weren't ready to say goodbye! I pray that you can find Solace in the fact that she slipped away peacefully, with the man of her dreams by her side; her husband "Ricky Shipman," Her Love was always unconditional! Grief is a normal process, but remember; Don't stay there too long, it's a dark and lonely place, and she wouldn't want you to miss all of God's Amazing Blessings! You are all in our thoughts and prayers! With Love and Deep Sympathy, Walter and Donna West Lee
Comment Share
Share via:
BF 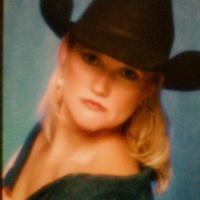