To share your memory on the wall of Chester Moseley, sign in using one of the following options:

Provide comfort for the family of Chester Moseley with a meaningful gesture of sympathy.


Chester E. “Tooter” Moseley, 76, of Blum passed away June 5th, 2019. He was born March 21st, 1943 in Cleburne to Chester E. and Claudine Campbell Moseley. He married Vicki Whitt Moseley on June 3rd, 1966. They had celebrated 53 years of marriage on Monday. Tooter was a truck driver for 46 years being a longtime driver for Reed Trucking and Sunbelt Rentals. After retiring, he went to work for Blum ISD as a maintenance worker and bus driver.
Tooter was a member of Blum Masonic Lodge #607 and New Hope Lodge #652 in Covington. He served as Worshipful Master of both lodges, and also served as District Deputy Grand Master of Masonic District #62 in 2008.
He is survived by his wife Vicki, son Sam, daughter and son-in-law Tonya and Lynn Davis, grandchildren, Braelyn Davis, Nick Davis and his fiancee Marcella Solano, and Treavor Davis. Great granddaughter Ella Rose Davis. Brothers Gary Moseley and Dean Moseley and wife Shirley Moseley, and brother-in-law Delphus Runnels and several cousins, nieces and nephews. He was preceded in death by his parents and sister Linda Runnels.
The family requests in lieu of flowers, contributions be made to the Hope Koonsman Foundation or Scottish Rite Hospital.
Read Less

We encourage you to share your most beloved memories of Chester here, so that the family and other loved ones can always see it. You can upload cherished photographs, or share your favorite stories, and can even comment on those shared by others.

Arash Abnoussi, Cindy Cochran, and others have sent flowers to the family of Chester "Tooter" Moseley Jr..
Show you care by sending flowers

Posted Jun 09, 2019 at 11:21am
Tonya, I share these moments with you. There is a very special place in heaven for the dad who raised this wonderful daughter. Love and prayers,

Posted Jun 07, 2019 at 10:25am
Our condolences to the Moseley family upon the passing of Chester. May you always hold fond memories of his life with you. Our hearts are with you during this time. 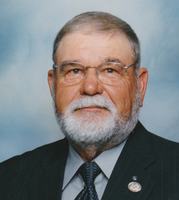