To share your memory on the wall of Allen Lancaster, sign in using one of the following options:

Provide comfort for the family of Allen Lancaster with a meaningful gesture of sympathy.

Allen Lancaster passed away Tuesday, September 10, 2019 in Cleburne. He was born January 11, 1957 in Cleburne to Foy Edmond and Alice Wilmarine (Barger) Lancaster. Allen was a great loving father and beloved grandfather. He was a hardworking man always there for his family. All was honest and the toughest man alive.

We encourage you to share your most beloved memories of Allen here, so that the family and other loved ones can always see it. You can upload cherished photographs, or share your favorite stories, and can even comment on those shared by others.

Posted Sep 15, 2019 at 02:19am
I am his oldest nephew. He was only nine years older than me so looking back, he was more like my older brother I never had. I’ve been blessed my whole life being surrounded by golden souls. Allen Lancaster is one of the originals.
I love you, I am grateful for your spirit and your presence , influence and love you showed me and gave to me from The onset of my existence in this world. I owe more to you than I could every express in words.

Rest peacefully. Your spirit and soul will continue to live through several people blessed enough to experience your heart.

Posted Sep 13, 2019 at 05:43pm
My heart breaks for you guys. Allen was one heck of a man. One the hardest working, most loyal, dedicated and loving brother, Papa, and the best Dad I've ever seen stand by his kids through all trials and tribulations. They don't make em' like him anymore. Mine and the girls hearts and prayers are with y'all.
Comment Share
Share via: 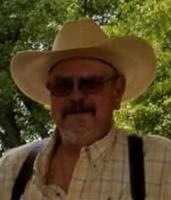